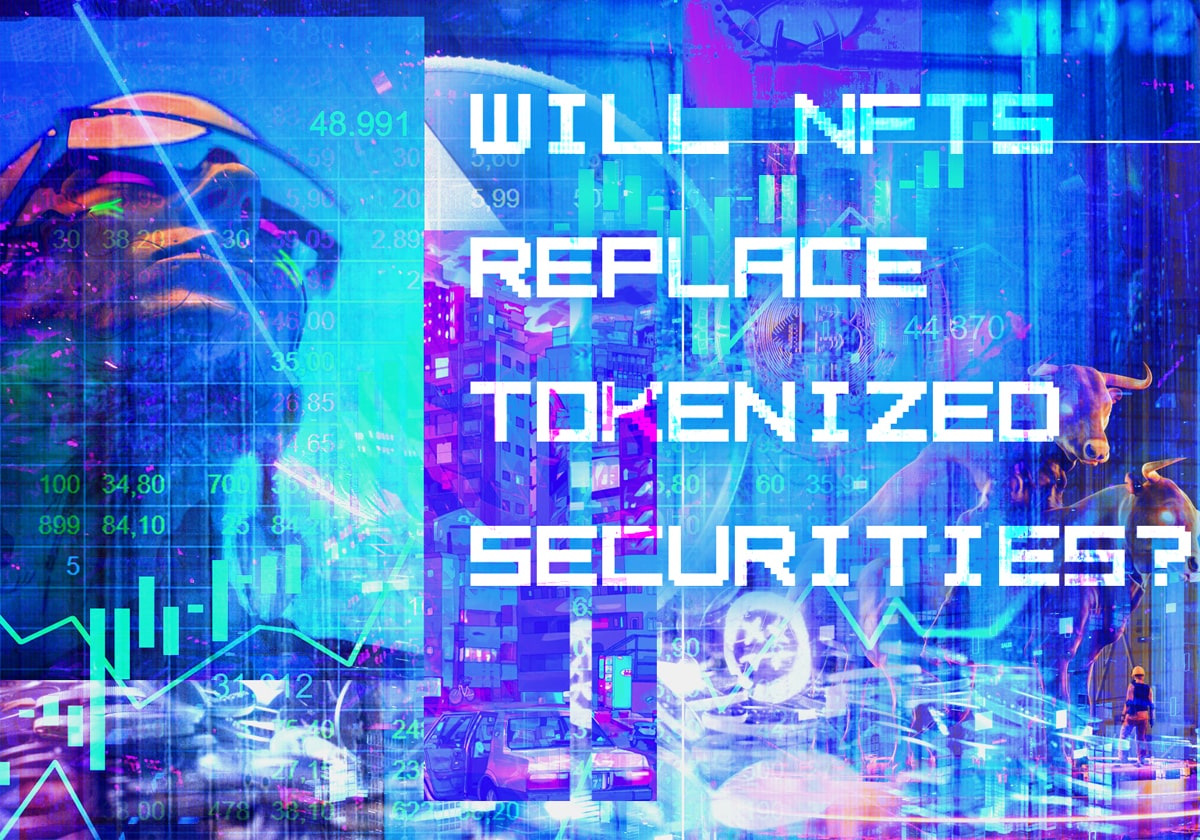 Non-fungible tokens are cryptographic tokens that are used to represent a unique asset whose authenticity is backed by Blockchain. Ever since appearing in 2017, NFT’s have been used to prove digital ownership of unique assets in a variety of industries like gaming, licensing, art, certificates, logistics, and much more. To discover more about NFTs and the technology, check out this blog of ours.

What are tokenized securities?

Security tokens emerged as a response to the Wild West-like environment that existed during the ICO days of the cryptocurrency market. A time where investors lost money in questionable projects and in turn complained to regulators, primarily the SEC. As opposed to the utility tokens that anyone could invest in through an ICO, Security Token Offerings as they are called had to be registered with a relevant Securities Governing Authority. Certain countries, like the United States, only allow specific qualified investors to buy such tokens.

They can reach far beyond just replacing utility tokens that are for in-project use, and can be used to represent things like fractionalized ownership of a real asset like a rental property or sculpture. Another great example of a security token application is one that is directly tied to the revenue of a certain property and therefore acts as a blockchain-based financial instrument. Pretty much anyone can stage an STO as long as they make their way through all of the applicable regulatory loopholes, which are costly and time consuming.

The ability of NFTs to represent collectibles, trading cards, in-game items, and such make them seem quite akin to a consumer product at first glance. It’s important to note that the market is currently in a stage of infancy. However, as market participants begin to generate new use cases for NFTs and as the dollar amounts involved in the market grow, it’s quite likely that some NFTs will be viewed as securities.

It all comes down to the nature of what a specific NFT represents. For instance, if one is used to represent an investment contract or something that entails the expectation of future profit and is marketed as such. Then it can quite certainly be called a security. However, if the value of an NFT is based purely on its unique characteristics instead of some business activity that provides its owner with profit, then it can’t really be classified as a security. Think of something like an NFT used to act as a representation of one’s digital identity (passport, id, etc).

Certain NFTs can be created with a share of proceeds functionality. Meaning their creator receives royalties each time that NFT is resold. Additionally, NFTs have started to be used as collateral deposits to borrow other cryptocurrencies. These aspects could end up placing NFTs into sort of the same category as their security counterparts.

The likely outcome is that NFTs coexist with these other blockchain and digital-based instruments but see substantially more use. It is also foreseeable that there will be debate as to the security status of certain NFTs.

There are clear reasons and purposes as to why both assets can coexist without one having to cannibalize the other. This ease of accessibility is what will always allow NFTs to be more popular and see more attention than their security counterparts which will still be utilized for their specific purposes that require intimate regulatory care. Which is something that NFT creators and collectors give up and can't rely on in the case of financial losses or other unfortunate events. At the moment, the majority of NFTs don’t represent securities. But that doesn’t mean that they can’t. It all depends on their nature and where their value comes from.