Trends and predictions of the NFT industry 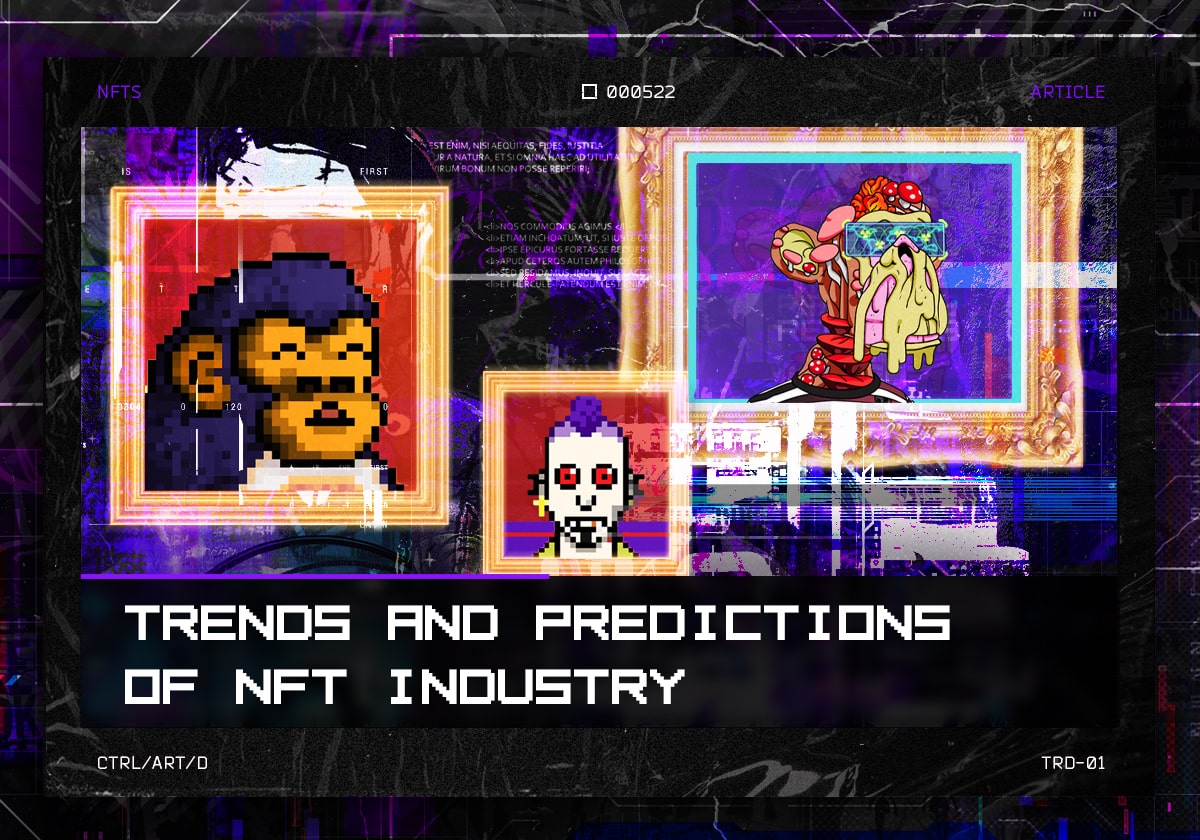 While NFT technology is revolutionary in its use cases, especially for artists, musicians, games, and other content creators, there were some worrying signs that the NFT market was becoming a tad bit overheated with some NFTs selling for insane amounts.

A perfect example is CryptoPunk NFT sold for 124,457 ethereum, about $532 million. However, as is often the case in NFTs and cryptocurrency, things aren't exactly what they seem, cause CryptoPunk 9998's half-billion-dollar sale wasn't really a sale at all. Instead, its owner merely utilized a flash loan — an unsecured, decentralized, single-transaction borrowing that uses smart contracts rather than bankers — to artificially inflate the value of the Punk. Basically, digital money that doesn't exist was used for a sale that didn't happen.

NFT enthusiasts might point to CryptoPunks as the marquee NFT brand. But fashion is nothing if not fickle. In the case of Bored Apes, the "floor" price is $152,000, but rare ones sometimes sell for millions. It’s NFT valuations like these that attracted a serious amount of attention to the market. However, they also inadvertently caused it to be flooded with a lot of NFTs of questionable value or no value at all.

Outsiders might have been looking at this and calling bubbles. Would it be unwise to say that such people are wrong? After all, a single tweet did sell for the price of ten Lamborghini’s. The hype has subsided a little bit since then however, but is it over for NFTs?

What are current market trends?

Unlikely, as really, it doesn’t make sense to apply the economic term “bubble” to NFTs, because the value of each NFT is based solely on the value of the physical or digital item that it exists to represent. They are entirely unique, each and every NFT. They are non-fungible after all. So really it is quite unwise to umbrella such an industry with a term like that.

Bubble was also used to denounce Bitcoin during its parabolic bull run in 2017 where it reached $20,000. The market has grown more than tenfold since then in value and innovation. The thing is though, that cryptocurrencies and NFTs are very young but extremely innovative technologies with a very broad variety.They are disruptive in their nature and volatility is a given for some time.

Keeping the above in mind, the drop-off in volume should be seen as a period of time during which the NFT industry and its communities weed out gimmicky and low quality NFTs, and projects that do not move the industry forward. As for the valuations of NFTs themselves, the market trend will come to a point where value is sensibly based on the utility of an NFT.

Recent NFT trends include generative artwork, fractionalizing valuable collectibles, and participation from big brands into established communities. Many crypto users are now clubbing together in decentralized autonomous organizations (DAO) that specialize in buying up NFTs, in order to gain exposure to this new asset class. (They’ve even fractionalized the original Doge meme that inspired Dogecoin.)

Will there be mass adoption of NFTs?

Big name brands, large corporations, and regulators have all taken notice of the transformative and disruptive potential of NFTs and the new business and monetization models created by them that were impossible to achieve previously.

But in order for mass adoption to happen, the industry needs to continue maturing and integrating with our everyday lives through new use cases, marketplaces, legal and regulatory frameworks, and security.

What started out as a very niche activity and industry for collectors and primarily digital artists as NFT creators, has since grown to billion dollar proportions with seemingly infinite growth potential and use cases limited only by one's imagination. For example, NFT technology is already being utilized to raise investments for the creation of films, games, events and to mint university diplomas, digital identities, and certificates.

With the way things are going and given the use cases that are being developed and attention the industry has gotten in less than 5 years of existing makes one think that it’s only a matter of time before NFTs become irreplaceable parts of our lives. Before you know it, everyone around you will have an NFT game on their phone or be able to prove ownership of an important document via blockchain.