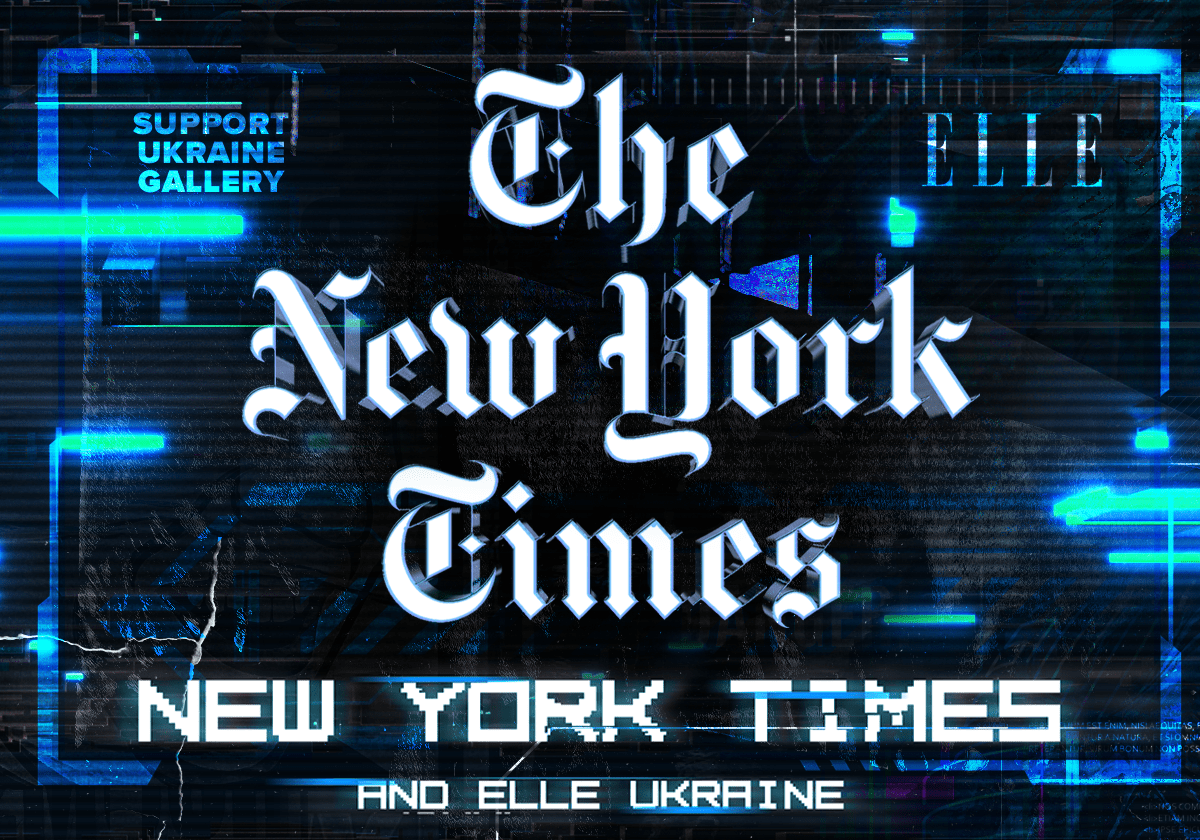 Recently New York Times and Elle Ukraine have written about Support Ukraine Gallery project,  dedicated to the unprovoked russian-Ukrainian war and the full-scale attack by putin and russian military forces in February 2022.

Support UA Gallery is an NFT art gallery created by Lika Spivakovska and СTRL/ART/D in the chronicles of the war. The artists recorded their feelings from bomb shelters, where they have spent countless days and nights. This is an unsurpassed and terribly emotional art. This is a historical legacy. It is impossible to defeat freedom - because even under fire, Ukrainian artists continue to create art.

The gallery was created to support the Ukrainian people, army and art. By purchasing NFTs, collectors give Ukraine hope, fund Ukrainian army and help artists survive the war. The creativity of the artists is their opportunity to make a personal contribution to the resistance to military aggression.

The first week, the organizers contacted Anna Parks, who made it possible to bring the project to the international level, attracting the attention of American crypto billionaire Brock Pierce and his wife Crystal Rose, who is top-10 American Forbes, where she was named "Queen of Blockchain". They turned out to be real friends of Ukraine and organized the NFT-exhibition Support Ukraine Gallery in Puerto Rico, the cryptocurrency center of the World, and  in Texas (2,000 visitors daily). Later, Brock and Crystal opened a Ukrainian NFT unit at the Lighthouse gallery.

All in all, 48 works were sold on Opensea for approximately  $ 15,000.29 authors received awards for their artworks, other artists donated their shares as well. Thus, $ 3,846 was donated to the artists, and $ 12,000 was donated by the organizers to the Save Ukraine Fundraising Initiative Fund from the CEO of Club Ukraine, aimed at purchasing the necessary goods to help the Armed Forces, NMU and TRO. The foundation undertook to purchase a Nissan X-trail SUV for one of the military units, and ART-2 and IFAK BAG first aid kits for the military.

Together - we are force. Join the development of the project and support Ukraine on its path to victory!

You can add NFTs by following the links: